For second and third grade I attended Elkader Elementary School.

I also got to play little league baseball. There was only one league, which consisted of grades 3 thru 6. I was really excited about that prospect. I didn’t have my own glove, so I was supposed to use my brother Terry’s glove. The problem was I was left-handed and he was right-handed. I figured out how to put my right hand into his glove meant for the left hand. It looked funny, but it was better than nothing.

In my first game I played centerfield. Two fly balls were hit to me and I caught both with my improvised glove. I was a good fielder, but hitting was a different story. The pitcher walked me on 4 pitches the first 2 times I batted. I was pretty little so my strike zone was next to nothing. I was too scared to swing the bat which was fortunate because I couldn’t hit the ball anyway. Unfortunately, the pitcher picked me off first base both times. The first baseman was much older and bigger than me and he blocked me from reaching the base when the pitcher threw to him.

My coach told me in the dugout not to get thrown out again. I didn’t want to disappoint the coach, so I was trying to figure out what to do. Being so young, I wasn’t real clear on the baseball rules or etiquette, but I came up with a plan. Again I was walked on four pitches and as I slowly walked to first base, I saw the pitcher yell something to the first baseman and they were both laughing. I knew what they were going to do. I took a small lead off the bag and before the pitcher tried to pick me off, I kicked the first baseman as hard as I could in the area no boy wants to be kicked. He fell to the ground like a rock. He was crying and rolling on the ground. His teammates who saw what happened vowed to get me after the game. Fortunately for me, the inning ended without anymore incidents.

Myron Myers was our pitcher. He was a 6th grader and was one of the biggest players in the league, and he could throw the baseball very hard. The next inning he drilled the first 3 batters he faced. After that, the other team seemed less enthusiastic about pounding me. Maybe Myron was protecting me, I don’t know. It was probably because he was wild anyway. Most times, it seemed we didn’t need a catcher, because Myron couldn’t pitch the ball near the catcher even if he was standing by him. Myron was an inspiration for the character Ace in my book. We lost the game, but I think we won the war. After this game, I became the starting pitcher replacing Myron. I don’t know how I became the pitcher, I know I didn’t volunteer. Maybe my Dad said something, maybe the league thought it would be better if Myron didn’t pitch again, or maybe it was because I was the only left-handed player on the team. One good thing, I finally got my own left-handed glove after the first game, which I still have.

I was the only pitcher we had for the next 4 years. I guess I did ok. I always had good control, except against left-handed batters, and I hit them every-time they batted. Fortunately, I only had to face 1 kid who batted left. When he came up to bat, he and I both knew he was going to get hit with the pitch.

My Mom never came to any of my games. My Dad only came to one game. He was asked to umpire behind home plate. I remember Jeff Larson was pitching for the other team and we were batting. Jeff pitched the ball and our player swung and missed and my Dad called it a ball instead of a strike. They never asked him to umpire again.

It was about this time, I received the nickname “Smiley.” From that point forward, I was known only as Smiley. Nobody ever called me by my real name anymore. I was Smiley to my friends, teachers, even my own family. I didn’t particularly like it, I thought it sounded kind of sissy like. Even when I go back home and run into an old acquaintance, they call me Smiley.

Tyrone Meyers was my best friend. He was 1 year older than me. His nickname was “Tiny.”

One day, me, Tiny, and my brother Terry decided we should each get an air mattress and float down the Volga River, starting in Mederville and ending in Littleport. My Mom said that was ok as long as they strapped a piece of styrofoam to my back so I wouldn’t drown, since I didn’t know how to swim at the time. Each of us had an air mattress, but mine was the only one that didn’t pop and lose air. They ended up walking a long distance along that river. 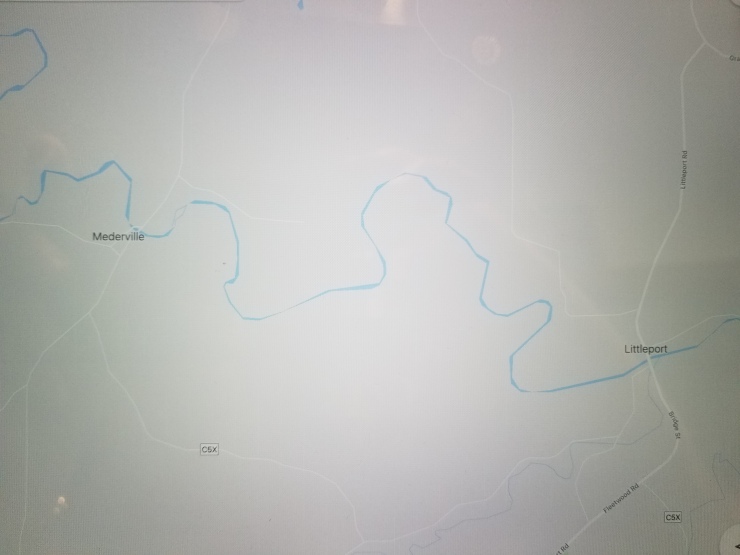 Tiny attended St. Joseph Catholic school. One day when I didn’t have school, Tiny convinced me to go with him and sit in his class. The class was taught by nuns who lived in a nearby convent. I had heard they believed in harsh discipline, but I didn’t know what that meant. (I should have asked). When Tiny and I entered the classroom, I noticed there wasn’t any empty chairs for me, so I shared Tiny’s small seat connected to his school desk. The nuns alway carried a wood ruler wherever they went. I found out they didn’t use them for measuring, but to hand out harsh discipline. The nun finally spotted me sharing Tiny’s seat, and asked me what I was doing there. I was too scared to speak. She started walking toward me with the ruler raised high and I had enough. I noticed an open window was closer than the door and I bolted for it. I jumped out the window and escaped. Fortunately, Tiny’s classroom was on the first floor.

Tiny moved to Cedar Rapids. Somehow, it was decided that I should visit him in his new home. My Mom bought a ticket for me to take the Greyhound Bus from Elkader to Cedar Rapids by myself. The trip is about 65 miles and the bus made several stops along the way. I was 9 years old and this was a big adventure for me. Tiny and his Mom met me at the bus station in Cedar Rapids. Tiny and I spent the first day touring model homes to pass the time. At night, we snuck into an outdoor theater. The movie playing was a scary movie called “The Birds.”

The next day, Tiny and I sent back to the outdoor theater and were hired to clean up garbage from the night before. They gave each of us gunnysacks to use and paid each of us a couple of dollars. 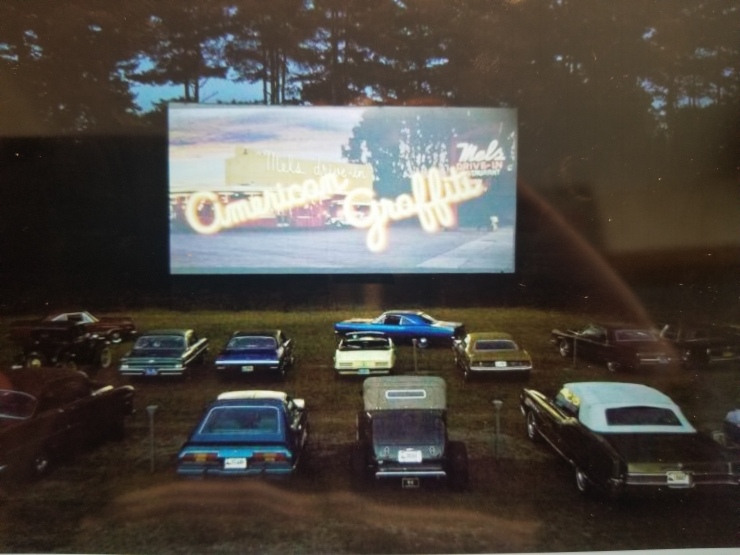 I enjoyed going swimming with my friends, but they all had swimming lessons and knew how to swim. Since I didn’t know how to swim, I had to stay in the 3 foot deep section of the pool, and my friends would swim in the deep end of the pool. I wanted to swim where they were. One day, I decided I would just jump in the 5 foot section and either swim or drown. That’s how desperate I was. I jumped in and struggled, but I dog-paddled to the other end. Soon after that, I was diving and doing flips on the high diving board in the deep water.

For some reason, 8 was my favorite number. I would always have to do things 8 times. There was a scary television show called, “Outer Limits” that my family loved to watch. It was too scary for me, so I would hide behind the couch when it was on. But occasionally I would sneak a peak to see what was happening. But since my number was 8, I would have to sneak peak that many times. Lot of times, I wished I had picked a smaller number. Having a favorite number plays a part in my book.